The US Drug Demand, Supply, Cost & Problems In Pandemic 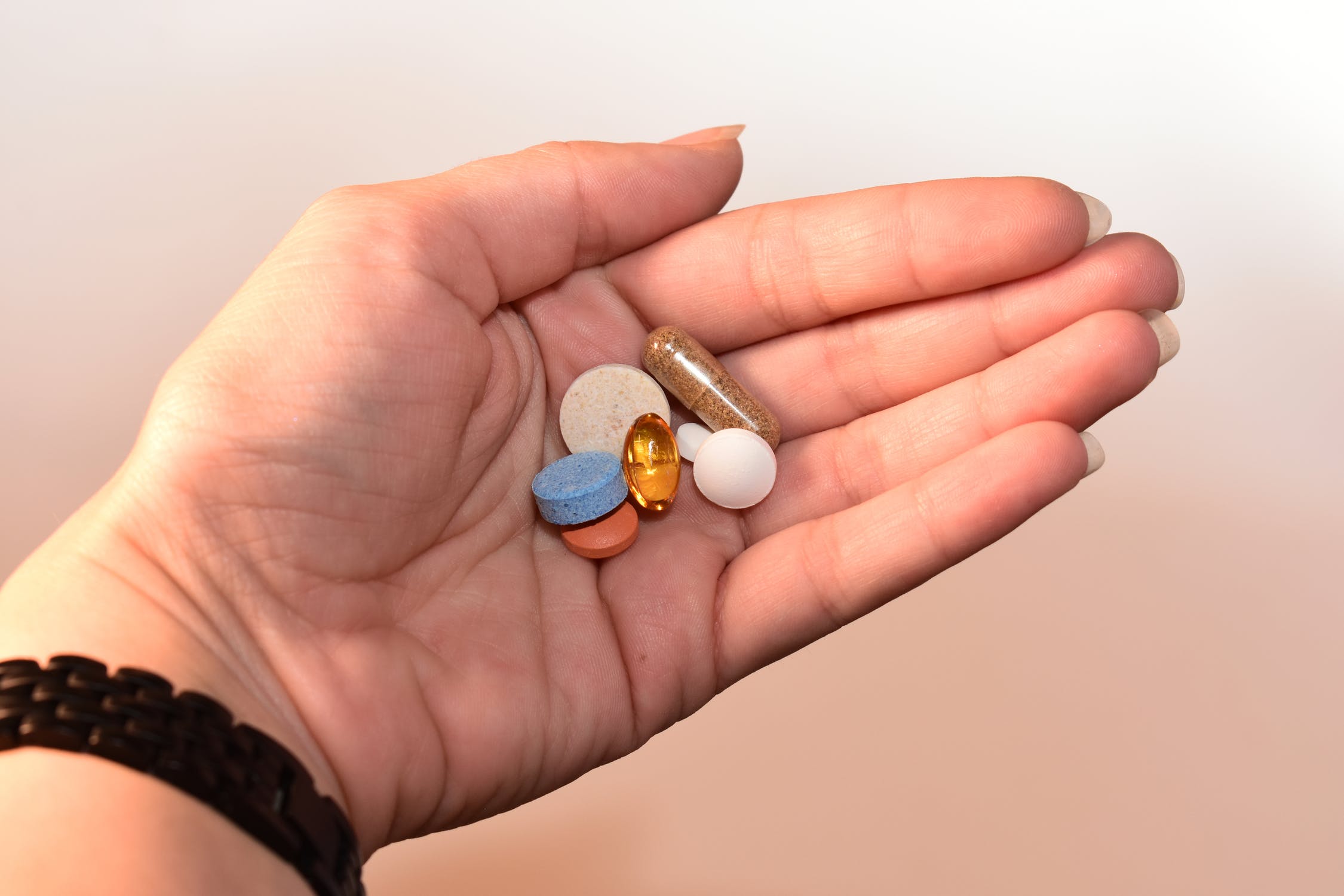 According to the Association for Accessible Medicines (AAM) survey of generic manufacturers, the cost of delivering pharmaceuticals to the United States has risen sharply as a result of the global crisis caused by the new coronavirus. A survey of generic and bio-analog manufacturers showed that delivery and transportation costs increased by an average of 223%, with at least one manufacturer reporting that shipping costs increased by 412% compared with similar costs before the crisis. It is noted that generics account for 91% of all recipes sold in the United States.

As a result of the global slowdown and restrictions imposed on international air travel as a result of the COVID-19 pandemic, the number of airline flights carrying pharmaceuticals and the available carrying capacity has sharply decreased. The processing of orders in the country, along with unpredictable trade and export restrictions further exacerbated difficulties in the supply of drugs during a significantly increased demand for treatment.

The global pharmaceutical ecosystem is built on a very complex supply chain. Despite serious problems and increased costs of transporting essential drugs, manufacturers of generics and bio-analogs continued to supply them to American patients. However, this ongoing crisis illustrates the importance of developing new strategies and policies that expand the pharmaceutical supply chain in the United States and increase our country’s self-reliance.

The Association clarifies that in the context of the COVID-19 pandemic, manufacturers of generics and bio-analogs work around the clock to provide the U.S. citizens with the access to necessary medicines and although the global pharmaceutical supply chain has been deformed due to incredible stress and demand, manufacturers for 9 out of 10 prescriptions issued in the United States trying to solve this difficult problem. The same concerns online pharmacies that were obliged to increase the prices, and switch to contact-free delivery of drugs.

U.S. Malaria Drug Shipments Up 47-Fold Due to Coronavirus

According to ABC News, deliveries of the anti-malarial drug hydroxychloroquine to U.S. pharmacies increased 46-fold after U.S. President, Donald Trump, approved his use in treating coronavirus. He enthusiastically responded to an antimalarial drug called hydroxychloroquine, calling it the “gift of heaven”, and demand for it in the United States grew 47 times. This assertion is based on the analysis of fluctuations in the supply of the drug to the country’s pharmacies. The day after Trump’s statement, they increased 47 times compared with the norm on a weekday. The effectiveness of the drug against coronavirus has not been proven.

It is noted that the supply depends on the number of prescriptions written for medicine. According to the estimates of specialists, in total, during the sharp demand for the medicine for malaria, almost 31 thousand prescriptions were issued from doctors such as rheumatologists, cardiologists, dermatologists, psychiatrists, and even orthopedists.

In April, the hype around the drug subsided. Despite this, the demand for hydroxychloroquine is still about six times higher than usual. In early April, American doctors reacted to a proposal by U.S. President Donald Trump to treat patients with hydroxychloroquine with a statement that the effectiveness of the drug has not been proven. The Food and Drug Administration (FDA) has noticed that the drug has too many side-effects. Later, American researchers proved the futility of the drug in the fight against coronavirus. In usual practice, hydroxychloroquine is used to treat malaria, lupus, arthritis, and skin diseases.

The Demand for Sedatives Increased in America

According to a new report, more and more Americans are turning to pharmacies for pharmaceuticals to deal with anxiety caused by the coronavirus pandemic. Over the past five years, demand for antidepressants has continued to increase in the United States but has declined for insomnia and anxiety medications.

From mid-February to mid-March, the Americans have been prescribed 20% more prescriptions for antidepressants, drugs for anxiety, and insomnia. It was at this time that social distancing came into effect in the United States to prevent the spread of COVID-19. Most of all, the sales of medicines for anxiety increased by 34,3% in the indicated period.

The recent increase in prescriptions was almost twice as high among women 40,1% and for men – by 22,8%. The study was conducted among 31 million Americans. Quarantine weeks, the uncertainty of when the pandemic, fear of infection, and the economic crisis caused a sharp increase in unemployment in the country have a negative impact on mental health.

Because of the coronavirus, the drug market is flooded with fakes. Amid the quarantine pandemic, fake drugs are becoming more common in developing countries, according to the World Health Organization (WHO). One of the organization’s experts said that this situation could lead to another pandemic – substandard or fake drugs.

Worldwide, people stock up on essential drugs. China and India, the two main producers of medical supplies, are quarantined, and demand exceeds supply, which is why many fakes have appeared on the drug market. When WHO announced the coronavirus pandemic, 120 people in 90 countries were arrested in seven days during the international operation Pangea by Interpol. Law enforcement authorities confiscated dangerous pharmaceutical products worth $15 million.

In March, Interpol confiscated 34 thousand fake or substandard medical masks. The illicit trade in such counterfeit medical supplies during the crisis of the public health system indicates a complete disregard for people’s lives. According to the WHO, the total trade in counterfeit medicines, including drugs that may be contaminated, contain inappropriate ingredients, or do not contain active ingredients or are expired is estimated at more than $31 billion.

In the best case, counterfeit medicines are unlikely to help the disease for which they are intended to be treated. In the worst case, they will be harmful because they can contain something toxic.

The global pharmaceutical industry is valued at more than $1,5 trillion. Extensive supply chains range from manufacturers in countries such as China and India, to packaging warehouses in Europe, South America and Asia and distributors selling drugs to all countries of the world. Probably not a single industry can compare in globalization with the pharmacological one. But as the world takes quarantine measures, supply chains began to crumble.

It is also difficult for manufacturers and suppliers, since the ingredients from which medicines are made soared in price, making it difficult for some companies to stay afloat. One of the manufacturers in the U.S. said that he had previously ordered the initial ingredients needed to produce the anti-malarial drug hydroxychloroquine at a price of $100 per kg. But now the price has risen to $1150.

WHO has repeatedly stated that there is no good reason to indicate the effectiveness of using chloroquine and hydroxychloroquine against the virus that causes COVID-19. As countries introduce a quarantine regime, not only production cuts become a problem. Around the world, the demand for medical supplies is growing inexorably, as people replenish the contents of their home medicine chests. However, some pharmaceutical distributors still keep their heads above the water, as the previously ordered supply of products allows meeting customers’ needs. One can access affordable medications outside the United States through Ihealth Pharmacy, but, it is worth checking with the local postal authorities the time frame of deliveries due to the pandemic situation.

Pharmacists and pharmaceutical companies around the world are sounding the alarm because it may soon behave a shortage of antimalarial drugs. After U.S. President Donald Trump mentioned in his briefing on the likely efficacy of antimalarial drugs chloroquine and its hydroxychloroquine derivative in treating Covid-19, demand for these drugs has skyrocketed around the world. The WHO has repeatedly stated that there is no good reason to indicate the effectiveness of using chloroquine and hydroxychloroquine against the virus that causes COVID-19.

After a sharp increase in demand for drugs, the BBC revealed that fake chloroquine is being sold in large quantities. Chloroquine intended for the treatment of malaria is usually sold at a price of $35 per thousand tablets. But, as it became known, in the U.S. pharmacies it is sold for $260.

Oxford University expert on counterfeit drugs, Paul Newton, warned that amid the ongoing coronavirus pandemic, the spread of counterfeit and dangerous drugs will increase if states around the world do not pull together to combat this phenomenon. There is a risk of another pandemic at the same time, the widespread distribution of low-quality counterfeit products if we do not draw up a global coordinated plan for the coordinated production, fair distribution and quality control of trials, drugs, and vaccines. In the opposite case, the benefits of modern medicine will be lost.